This Article is suitable for kids

Since it’s the season to be jolly let’s talk about the man delivering Christmas gifts all around the globe in just 24 hours. Some call him Kris Kringle others know him as Saint Nicholas and of course he often goes by the name of Santa Claus we were all very familiar with this figure around Christmas time but how much do we know about him actually. Well let’s find out, here are 15 things you didn’t know about Santa Claus.

1. The Origins of Santa Claus

There are many stories behind the origin of Santa. The most common one was that he was a Christian bishop who lived in the regions, now known as Turkey, in the fourth century AD under the name of Saint Nicholas. His parents died when he was young and left him a great deal of money, because he was a kind man and wanted to help, he decided to dedicate his life and money to help those in need. The habit of hanging stockings is also related to Saint Nicholas. Legend has it that he helped a poor man who couldn’t afford to pay the ‘dowry’. He had three daughters who were old enough to get married. But in those days young women had to have money in order to get married. This money was a “dowry” and it was used to help the new family get started. If you didn’t have dowry money, you didn’t get married. The daughters were going to be sold as slaves because they couldn’t live at home any longer. The night before the oldest daughter was to be sold, she washed her stockings and put them in front of the fire to dry. In the morning the daughter found a lump of gold in her stocking. In the following days Nicholas left gold for the other 2 daughters in their stockings. Nicholas continued helping people. He always tried to help secretly. He didn’t want any attention or thanks.

2. The Names of Santa Claus

If you plan on going on a trip around the world during Christmas time this fact will come in handy. The one you know as Santa Claus has different nicknames around the world. In Belgium and France he’s called Pere Noel, in Italy Babbo Natale, for the Netherlands Kerstman and for Finland Yolo Pookie. Japanese people know him as Hotei osho a god or priest who bears gifts while in Sweden he has the name of Tomten translated as Christmas brownie. While in the UK we wait for father Christmas.

Norway says that Santa lives in Drobak while Denmark claims he lives in Greenland in Stockholm Sweden the national postal terminal receives children’s letters for Santa and in the town of Mora there is a theme park named Santaworld. In Napapiiri, Finland, located above the Arctic Circle, you will find Santa Claus Village which claims to be Santa’s official home. But where does he crash and relax after such a long and exhausting job he can go to one of his homes in Europe or he can go back to the North Pole where he lives. According to North American tradition ,in the US and Canada, because the North Pole lies within Canadian jurisdiction they assigned the postal code of HOH 0H0 which is a reference to ho ho ho Santa’s famous saying.

4. What kinds of food do people leave for Santa

All good kids leave milk and cookies under the Christmas tree in order to make Santa leave some extra gifts, but where did this tradition start. There are a lot of combined sources for it but one is related to the Great Depression, where the parents tried to teach their children to share food with the others during Christmas time. Also Dutch children started to leave food and drink for Saint Nicholas on his feast day. People around the world leave all sorts of food and drinks for Santa like rice, porridge with cinnamon sugar in Denmark, Norway and Sweden. While mince pies and Christmas pudding paired with a beer or sherry are more popular here.

5. Why does he wear red and white

Until 1931 Santa dressed in whatever colors he wanted, usually blue green or brown, but in 1931 coca-cola issued a massive ad campaign in which Santa wore red and white colors. It became so prevalent that Santa never had to worry about what to wear ever again. Pepsi launched a similar campaign in 2004 attempting to dress Santa in blue and white, their brand’s colors, but didn’t catch on. However historians argue that the red and white color dates back to the 19th century and comes from St. Nicholas. But no matter where the truth lies nowadays the red colour is everywhere around Christmas and it’s not going anywhere anytime soon.

6. Mrs. Claus and the end of Santa’s bachelorhood

Santa was for a long time a bachelor who worked with his elves and reindeer and gave gifts to the kids on the nice list. That was until 18-49 when James Reese wrote a short story named a Christmas legend where a spouse mrs. Claus was mentioned for the first time. After that she began to appear even more under the names of Merry Christmas Gertrude Carol Leila Martha or Jessica. Being known for making cookies with elves, helping her husband with toys and caring for the reindeer. The appearance of Santa also changes over time and it was Coca Cola who introduced him as the rotund jolly white-haired man we are all familiar with today. Before that he was depicted in many ways even in some scary and horrible ways.

Santa is known for having his sleigh drawn by reindeer, but do you know how many? It all started with a single reindeer illustrated in a children’s poem back in 1821 then in 1823. When the poem, a visit from st. Nicholas, was published another 7 reindeer joined in. With the first of the names of the eight reindeer, Dasher, dancer, Prancer, vixen, comet, Cupid, Donner and Blitzen. Rudolph only started to pull Santa’s sleigh in 1939 when the song Rudolph the red-nosed reindeer was written. The tenth reindeer however is known as either Olive, Bruno the brown nosed reindeer or Howard. The most popular one is olive the other reindeer who mocked Rudolph because of his red nose. But eventually became really good friends with him and joined Santa’s team.

We’re all familiar with Santa’s army of little guys with pointy ears who wear red and green clothes and funny hats, also known as elves. But did you know that at first there were only six of them their names are Alabaster Snowball, Bushy Evergreen, Pepper Minstix, Shinny Upatree, Sugarplum Mary and Wunorse Openslae. They were engineers, inventors, cooks, craftsmen and Guardians. They have the appearance similar to that of a garden gnome. The image of Santa surrounded by elves in the workshop was popularized by Godey’s ladybug with a front cover illustration for its 1873 Christmas issue showing Santa surrounded by toys and elves.

9. When do people receive gifts

10. Coca-cola wasn’t the first one

Yes coca-cola gave Santa a makeover and helped him stay in people’s minds as the nice old man with a long white beard who wears a red coat and hat and black belt and boots. But they weren’t the first ones to use this image in advertising. White Rock beverages was the first soft drink company to utilize Santa back in 1915 to sell mineral water and then for its ginger ale in 1923 in 1919. Santa Claus was even featured in a cigarette ad for the Turkish friend Murad the ad claim that Murad cigarettes are what the grown-ups choose for Christmas. 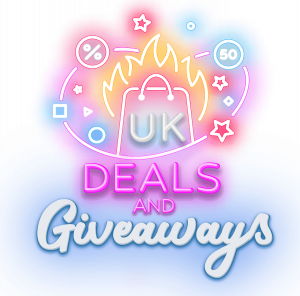